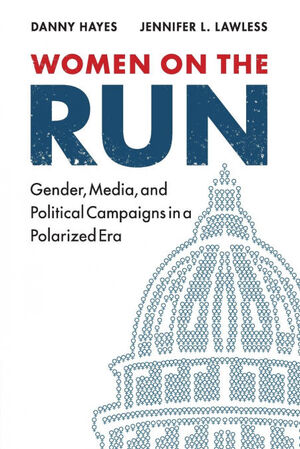 WOMEN ON THE RUN

GENDER, MEDIA, AND POLITICAL CAMPAIGNS IN A POLARIZED ERA

Claims of bias against female candidates abound in American politics. From superficial media coverage to gender stereotypes held by voters, the conventional wisdom is that women routinely encounter a formidable series of obstacles that complicate their path to elective office. Women on the Run challenges that prevailing view and argues that the declining novelty of women in politics, coupled with the polarization of the Republican and Democratic parties, has left little space for the sex of a candidate to influence modern campaigns. The book includes in-depth analyses of the 2010 and 2014 congressional elections, which reveal that male and female House candidates communicate similar messages on the campaign trail, receive similar coverage in the local press, and garner similar evaluations from voters in their districts. When they run for office, male and female candidates not only perform equally well on Election Day - they also face a very similar electoral landscape.