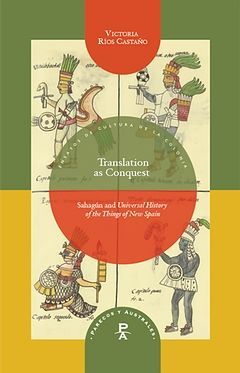 SAHAGÚN AND UNIVERSAL HISTORY OF THE THINGS OF NEW SPAIN

Fray Bernardino de Sahagún (1499-1590) directed the composition of an encyclopaedic work on the world of the Nahuas, Universal History of the Things of New Spain (ca. 1577-1579), for which he has received the title of pioneering ethnographer and anthropologist of colonial Mexico. Contextualizing Sahagún and his work in sixteenth-century Spain and America, this study presents him as a cultural translator who reconceptualized the Nahua world according to his own Euro-Christian categorization of knowledge for evangelization purposes. Sahagún's so-called ethnographic method of data collection is discussed from the perspective of its reliance on confessional and inquisitorial techniques. Universal History of the Things of New Spain is also revisited as a doctrinal reference text that resembles classical and medieval encyclopaedias deployed by preachers for homiletic purposes, and which contains useful material for the confessors who administered the sacrament to Nahua penitents.