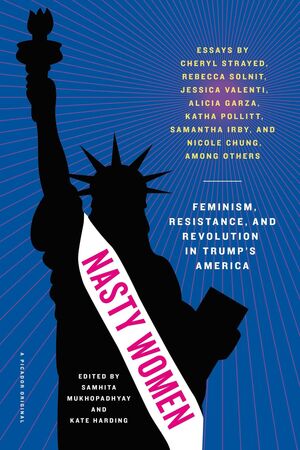 When 53 percent of white women voted for Donald Trump and 94 percent of black women voted for Hillary Clinton, how can women unite in Trumps America? Nasty Women includes inspiring essays from a diverse group of talented women writers who seek to provide a broad look at how we got here and what we need to do to move forward.

Featuring essays by REBECCA SOLNIT on Trump and his misogyny army, CHERYL STRAYED on grappling with the aftermath of Hillary Clintons loss, SARAH HEPOLA on resisting the urge to drink after the election, NICOLE CHUNG on family and friends who support Trump, KATHA POLLITT on the state of reproductive rights and what we do next, JILL FILIPOVIC on Trumps policies and the life of a young woman in West Africa, SAMANTHA IRBY on racism and living as a queer black woman in rural America, RANDA JARRAR on traveling across the country as a queer Muslim American, SARAH HOLLENBECK on Trumps cruelty toward the disabled, MEREDITH TALUSAN on feminism and the transgender community, and SARAH JAFFE on the labor movement and active and effective resistance, among others.