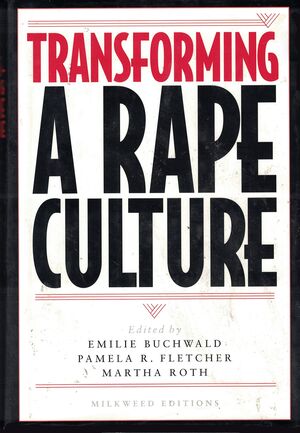 Transforming a Rape Culture has provided a new understanding of sexual violence and its origins in this culture. This groundbreaking work seeks nothing less than fundamental cultural change: the transformation of basic attitudes about power, gender, race, and sexuality. The editors thoroughly reviewed the book for this new edition, selecting eight new essays that address topics such as rape as war crime, sports and sexual violence, sexual abuse among the clergy, conflict between traditional mores and women's rights in the Asian American and Latin American communities, as well insightful analyses of cyberporn. The diverse contributors are activists, opinion leaders, theologians, policymakers, educators, and authors of both genders. An excellent text for undergraduate classes in Women's Studies, Family Sociology or Criminal Justice, the book is being reissued on the 10th anniversary of the Violence Against Women Act.