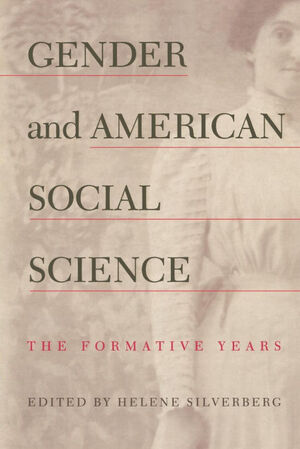 This collection of essays provides the first systematic and multidisciplinary analysis of the role of gender in the formation and dissemination of the American social sciences in the late nineteenth and early twentieth centuries. Other books have traced the history of academic social science without paying attention to gender, or have described women's social activism while ignoring its relation to the production of new social knowledge. In contrast, this volume draws long overdue attention to the ways in which changing gender relations shaped the development and organization of the new social knowledge. And it challenges the privileged position that academic--and mostly male--social science has been granted in traditional histories by showing how women produced and popularized new forms of social knowledge in such places as settlement houses and the Russell Sage Foundation.
The book's varied perspectives, building on recent work in history and feminist theory, break from the traditional view of the social sciences as objective bodies of expert knowledge. Contributors examine new forms of social knowledge, rather, as discourses about gender relations and as methods of cultural critique. The book will create a new framework for understanding the development of both social science and the history of gender relations in the United States.
The contributors are: Guy Alchon, Nancy Berlage, Desley Deacon, Mary Dietz, James Farr, Nancy Folbre, Kathryn Kish Sklar, Dorothy Ross, Helene Silverberg, and Kamala Visweswaran.