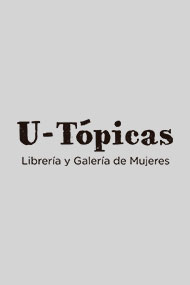 Why are so many women single, so many men resisting marriage, and so many gays and lesbians having babies? Gaga Feminism answers these questions while attempting to make sense of the tectonic cultural shifts that have transformed gender and sexual politics in the last few decades. This colorful landscape is populated by symbols and phenomena as varied as pregnant men, late-life lesbians, SpongeBob SquarePants, and queer families. So how do we understand the dissonance between these real experiences and the heteronormative narratives that dominate popular media? We can embrace the chaos! With equal parts edge and wit, J. Jack Halberstam reveals how these symbolic ruptures open a critical space to embrace new ways of conceptualizing sex, love, and marriage.

Using Lady Gaga as a symbol for a new era, Halberstam deftly unpacks what the pop superstar symbolizes, to whom and why. The result is a provocative manifesto of creative mayhema roadmapto sex and gender for the twenty-first centurythat holds Lady Gaga as an exemplar of a new kind of feminism that privileges gender and sexual fluidity.

Part handbook, part guidebook, and part sex manual, Gaga Feminism is the first book to take seriously the collapse of heterosexuality and find signposts in the wreckage to a new and different way of doing sex and gender