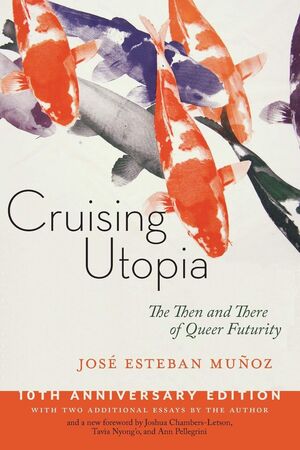 CRUISING UTOPIA: THE THEN AND THERE OF QUEER FUTURITY

Cruising Utopia arrived in 2009 to insist that queerness must be reimagined as a futurity-bound phenomenon, an insistence on the potentiality of another world that would crack open the pragmatic present. Part manifesto, part love-letter to the past and the future, José Esteban Muñoz argued that the here and now were not enough and issued an urgent call for the revivification of the queer political imagination.

On the anniversary of its original publication, this edition includes two essays that extend and expand the project of Cruising Utopia, as well as a new foreword by the current editors of Sexual Cultures, the book series he co-founded with Ann Pellegrini 20 years ago. This 10th anniversary edition celebrates the lasting impact that Cruising Utopia has had on the decade of queer of color critique that followed and introduces a new generation of readers to a future not yet here.