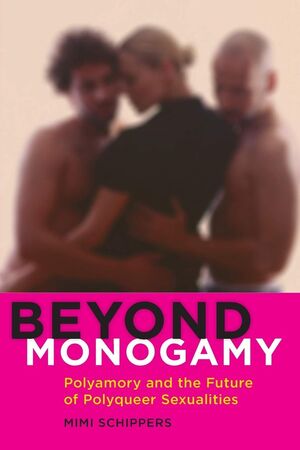 A man and woman are in an open relationship. They have agreed that having sexual partners outside of their relationship is permissible. One night, when her partner is in another city, the woman has sex with the mans best friend. What does this mean for their relationship? More importantly, why is there such a strong cultural taboo against this kind of triangulation and what does it reveal about the social organization of gender and sexuality? In Beyond Monogamy, Mimi Schippers asks these and other questions to explore compulsory monogamy as a central feature of sexual normalcy. Schippers argues that compulsory monogamy promotes the monogamous couple as the only legitimate, natural, or desirable relationship form in ways that support and legitimize gender, race, and sexual inequalities.

Through an investigation of sexual interactions and relationship forms that include more than two people, from polyamory, to threesomes, to the complexity of the down-low, Schippers explores the queer, feminist, and anti-racist potential of non-dyadic sex and relationships. A serious look at the intersections of society and sexuality, Beyond Monogamy takes the reader on a compelling and accessible journey through compulsory monogamy, polyamory, and polyqueer sex and relationships.